This year the In Memoriam section of the Oscars is going to be longer than the award ceremony. 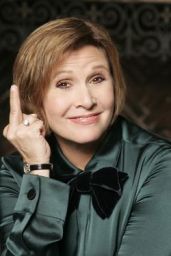 I’m writing this shortly after hearing about Carrie Fisher dying. Yeah, I’m a Star Wars fanatic, so of course I dig Carrie Fisher. But to me, she was something more. When I found out that she was a script doctor and wrote screenplays, that was the first time I really considered screenwriting as a cool endeavor. She was sharp and funny.

So that’s why I’m here in Hollywood. I want to write. I want to be like Carrie Fisher and be known for both my writing and my personality. She was amazing, guys. Yeah, she was also bat shit crazy, but aren’t we all?

Here is a more in depth look at my favorite films of 2016. I’ll steer clear of spoilers.

Starting with a cheat…