Is it a dirty word? “Reality” show. I hate them. The manufactured, bullshit scripted dating, people in a house who stop being polite, singing contest shows. I hate the spoiled 20-something “Contestants” on them. My wife watches the worst of them, including the Real World and the Real World Road Rules Challenge shows, and I can’t even be in the room with her while she does. They make me sick.

I have discovered that while I hate those type of shows, I can’t get enough of shows about people doing their jobs. It started with Dirty Jobs, on which Mike Rowe is a delight to watch slog through the worst occupations on the planet. It grew from there.

Here I give you, my favorite “Reality” shows about people doing their jobs: 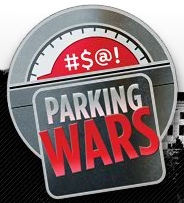 Parking Wars follows the parking enforcement officers of the cities of Philadelphia and Detroit as they ticket, tow, boot and impound the vehicles of law breaking citizens. The officers are amusing characters, I will watch Ponytail ticket in Detroit, and Garfield boot all over Philly any day. The best parts are, of course, the reactions of the ticketed, booted or impounded car owners. They flip the fuck out, trash their cars trying to escape, and just do not understand the laws of the cities they live in. It’s pretty awesome. Check it out on A&E. Full epsisodes are available  on their website: http://www.aetv.com/parking-wars/ 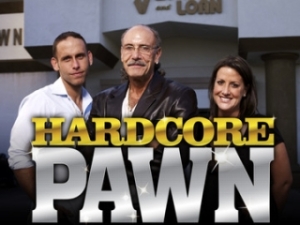 I just recently discovered this jem of a show, which follows the happenings at American Jewelry and Loan in Detroit, Michigan. Les Gold and his son and daughter run the shop, along with a colorful cast of characters. The family fights constantly, battling for each others’ respect. The best part, is of course, the ridiculous customers who come in trying to sell things, and get upset that they can’t get a thousand dollars for a piece of junk. they flip out even more than the Parking wars people. I guess it helps that the store is at 8 Mile and Greenfield roads, right on the edge of Detroit. This show is the only one of the three I have added a series recording of to my DVR, it’s great. watch it on Tru TV. They also have full episodes online: http://www.trutv.com/shows/hardcore-pawn/index.html

This is another recent discovery. After seeing it on The Soup, I have become an avid viewer of Mounted in Alaska. This show isn’t as crazy as the others I’ve mentioned, but it’s still a fun watch. The show follows the happenings at Knight’s Taxidermy in Anchorage, Alaska. The owner, Russ Knight and his staff of cantankerous taxidermists goof around and build some pretty neat things out of dead stuff. It’s a funny show to watch on a quiet evening. Check it out on the History Channel. This one only has one full episode available online currently: http://www.history.com/shows/mounted-in-alaska