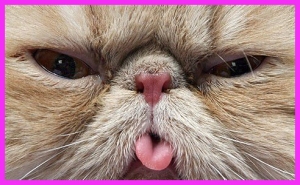 I don’t understand how people can cancel gigs last minute.  I found out that I can’t do my show the first week in August earlier in this week, so I called to take care of that.  I not only called to notify Roger Feeney, but I also offered some possible solutions.  There was no way I’d call him on the morning of the show to let him know that I wasn’t going to be there that night.  That’s ridiculous.  I truly believe how you conduct your business off stage is just as important as how you conduct yourself on stage.

Steve Sabo had a last minute cancellation last Tuesday at Grumpy Dave’s in Bowling Green, Ohio so I offered to pick it up.  I love that show.  In all the years I’ve been doing it, I think I only had one bad show and that was actually the previous time that I was there!  And that was because of me.  It was my first time headlining for Sabo IN FRONT of Sabo and I let my nerves get to me.  Plus, I followed some guy who did a song parody about stinky vaginas or something equally as absurd.

When I got to Grumpy Dave’s Tuesday night a bunch of the local comedians were working around a table helping each other out with new bits and whatnot.  I can’t express how much I love that!  I am so optimistic about the future of comedy.  It’s fun to see these really talented people working as a team to bring up the overall quality of the art.  That happens here at Laff Tracks too I guess.

The Bowling Green/Toledo comedians are really good and a lot of fun…and the audience is super as well.  I had a fun night.  I always feel like what I do onstage is a little bit of Pardo and a pinch of Maron served over a bed of Kashian.  That night I flavored with a little extra Pardo and had a lot of fun.  It’s nice when going to the crowd works because they know that I’m never going to get too mean….unless it’s to the other comedians, but then I spend 30 minutes apologizing and making sure we’re still cool!

This week the only thing I have scheduled is a set at the Painted Lady on Thursday night.  I’m planning on doing a bunch of new stuff!  I hope to see you there.