What I miss about Michigan… 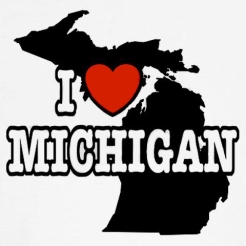 Next week will be the first time in about two years that I’ll be back in Michigan. I miss it a lot. I miss my friends. I miss my family.

I’m incredibly grateful Go Comedy is letting me have a show there on Thursday the 8th. Time is incredibly limited this trip because we’re coming back to wedding plan. This show is a good opportunity to get to see a bunch of friends all at once! So, if you’re going to the show, it will be over with by 9:00, we can all go down the street to a bar afterwards and hang out.  What’s that? You didn’t know about this show? Well click HERE for more info. And if you still need tickets to the show, just click HERE.

Now that my shameless self-promotion is out of the way, let’s get to what this post is really about. In addition to the obvious friends and family, there are a lot of unexpected things I miss about Michigan. Here’s my list of my top ten.

10. Fresh Air. The only reason that everything in Hollywood smells like poop and pee is because everything is coated in poop and pee. On the bright side, when Allyson and I go for walks we play a game called “Identify the Turd” where we try to figure out if a pile on the sidewalk came from animal or human.

9. Drive Thru Starbucks. I haven’t been to Starbucks in ages because I’d have no idea where to park if I found one. The upside is, going without Starbucks has let me save the fortune that it costs to live here.

8. Space.It’s not just the parking spaces. It’s space in general. Our apartment in Canton was twice the size of our apartment in Hollywood. I had my own bathroom in Canton! Do you ever feel like you’d shop at Trader Joes more if the parking lot wasn’t so cramped? That’s how everything in Los Angeles is. The entire city is breathing on the back of your neck with poop breath.

7. Meijer. It’s so nice to be able to grocery shop at midnight because the lines are shorter and the people watching is better. Meijer is a magical wonderland.

6. Zucchini and Yellow Squash. I miss the Ron Jeremy sized produce of Michigan. California Zucchini looks like it just got out of a cold swimming pool.

5. Bottle Returns. Every time I took back bottles it felt like winning a scratch off lottery ticket. You would think California would be the king of the bottle returns. Nope. I’m sure there’s a place to return them somewhere, but it’s not like Michigan. There must be a value to them because there are certainly people pushing overflowing and precariously stacked bags of bottles and cans in shopping carts down the middle of the street…which wouldn’t be the end of the world if there were just a little bit more of that aforementioned space!

4. Pop. On the subject of bottles and cans, I refuse to say “soda”. I feel like if I do, I’d be surrendering like Donald Sutherland gave up at the end of Invasion of the Body Snatchers. I won’t do that to my fellow Michiganders. I will not be assimilated!

3. Coney Island. Yes, there are a lot of great restaurants in Los Angeles, but many of them either too far to walk and parking stinks or they’re close by, but filled with the worst uppity pretentious people. Also, nothing kills an appetite quicker than losing a game of Identify the Turd because you mistakenly stepped in round two. Also, I can live happily if I never hear this sentence again:

“You’ve never had the Fred Armisen Indie Tacos before? Oh my God, I am soooo jealous that you get to experience it for the first time.” 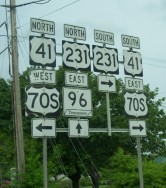 2. Better Drivers and Road Signs. Yeah, Michigan drivers get slammed by people not native to Michigan as being aggressive. I like to think of us as efficient. I’ve performed in 4 countries, 26 states and Alabama. California drivers are the worst! I don’t blame them entirely. The roads and signs feel like they were designed by MC Escher.

1. Fall and Cider Mills. They tried to have a pumpkin patch here. They really did. It was in three parking spaces on the side of the road. You could play Identify the Turd around the perimeter. I don’t miss Winter at all. But I really do miss Fall colors and smells and going to Cider Mills.