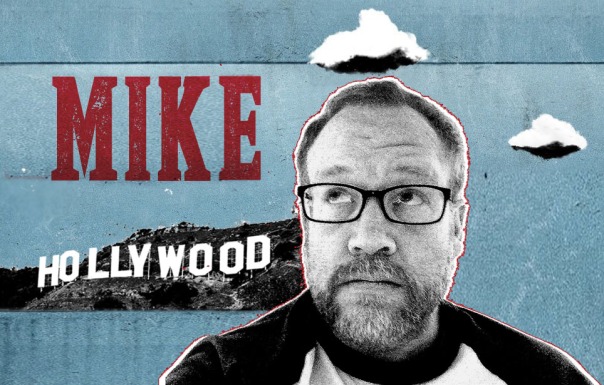 In 2014 I made a huge leap of faith from my long time home in Michigan to the great unknown in California.  It was and continues to be scary.

This is a place that’s much more open to helping you when you’re a visitor than it is when you’re a resident.  When I would visit, I got on the best shows in town because I knew a handful of people and could say, “Hey, I’m going to be in LA the second week in June, can you put me on?”  Now that I’m here, there’s no urgency.  I’m just another mouse trying to get a piece of the cheese.  As far as comedy goes, honestly, I’ve done more here as a visitor than I have as a resident.

That was a horrible surprise.  Here’s a nice one.  Acting is another story completely and I’ve been lucky enough to get cast in a few things.  It’s not much, but it’s a start.

I sold a script for an episode of a web series for Funny or Die.  I moved here to write.  I thought I was ahead of the curve because I already had a couple scripts written and knew a few people who were involved in television shows one way or another.  The harsh reality is that I am no different than a good chunk of the people out here trying to get jobs as writers or sell scripts too.  It’s been a rude awakening.  Many dies I was to give up.  I want to cry.  I feel overwhelmed.  I feel in over my head.

That brings me to my New Year’s resolution.  Louis CK generates a ton of material and opportunities for himself.  I resolve to approach every day of 2015 with a “What Would Louie Do?” mentality.

To keep myself in the habit of writing, I’m going to resume something I tried to do way back in the days of Myspace.  365 Days of Movie Reviews.  Starting tomorrow and every day in 2015, I’m going to write something about a movie.  It might not be much some days, but it will going to be something.  If I miss a day, call me on it.  Because if I’m slacking there, I’m probably slacking elsewhere too.