← Mike vs. Kobe vs. The Game With No Name: The Conclusion
Doctor Who – Season 6 – Episode 4 – The Doctor’s Wife Review →

This Week in Late Night: May 13th Edition 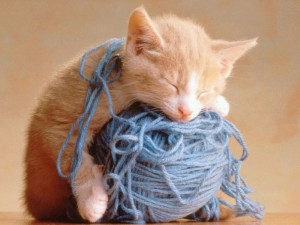 THIS WEEK IN LATE NIGHT

So you wanted to watch Conan, Fallon, or whoever this week but those eye-lids were just oh-so-heavy.  So what did you miss in the wonderful world of Late Night Comedy?

This was Conan’s first full beardless week as a late night host (post the events of 2010’s late night debacle) and in case you were worried that the success of the new show was akin to that of Samson’s (that’s a bible joke) look no further than his awesome ribbing of the TSA this week.

The TSA has long been in the running for the biggest douche-bags award, but they might of take the crown this week when they patted down a baby.  Conan’s bit on the subject is gathering almost as much media attention as the Baby Bomb Bananza did itself.

On the Late Late Show Tuesday Night, Craig Ferguson had on Thor Director Kenneth Branagh. What I love about Ferguson is how unscripted it is (especially compared to other Late Night shows). I’ve seen so many of these chats from the Thor cast and crew in the past two weeks, but this is by far my favorite. (Especially since they nerd out together about Doctor Who and James Bond, two of my favorite things ever).

But wait, the coveted prize….what get’s this weeks

CLIP OF THE WEEK

Jimmy Fallon has about the best Act 2 and 3 of Late Night Comedy, and I continue to be impressed.  This week he played beer pong with tennis legend John McEnroe, and although there have been funnier clips of Fallon doing this with other guests (Betty WHite for example) there is something very awesome about the competitive edge that shines through both these two as they play a silly game on national television.

COMIC OF THE WEEK

Jen Kirkman had a fabulous set on Conan this week where she did her bits on marriage, murder, and getting older.

Jeff is a writer, comedian, podcaster, and all around swell dude. Check out his website for more great stuff at http://www.jeffreyconolly.com
View all posts by Jeff Conolly »

← Mike vs. Kobe vs. The Game With No Name: The Conclusion
Doctor Who – Season 6 – Episode 4 – The Doctor’s Wife Review →